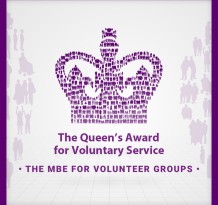 What a great year. Not one, but two LTG Theatres have received the Queen’s Award for Voluntary Service in 2020.

Progress Theatre Reading and the Sinodun Players at the Corn Exchange in Wallingford have both been awarded this prestigious accolade.

The Queen’s Award for Voluntary Service aims to recognise outstanding work by volunteer groups to benefit their local communities. It was created in 2002 to celebrate the Queen’s Golden Jubilee and recipients are announced on 2 June, the anniversary of the Queen’s coronation.

More information about the Sinodun Players award is HERE.