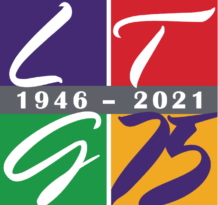 Steve announced he would stand down from the role and was delighted that Emyr Rhys-Jones from Theatr Fach was elected to be his successor. Emyr will take over next May and will be supported in the North by Sheila Cooper from People’s Theatre.

LTG Chairman Jo Matthews summarised some of the key issues that the National Committee are addressing including the future of conferences; the 2023 youth festival; an end of year survey; diversity; and sustainability.

Steve then spoke to a PowerPoint presentation about Charity Digital whose services help charities save money on their software purchases. The presentation (HERE as a PDF) highlighted a number of areas where savings can be made and I am sure that Steve will be delighted to respond to your questions.

This was followed by an Open Forum discussion: topics included the impact of COVID on audiences and the willingness of members to take on duties such as Front of House; the cost of rights when audiences are so small; how members had kept going by Zoom. But some Northern Members are now playing to full houses so the future, we hope, is bright.

Margaret Mann reminded everyone that the 2022 National Conference will take place 13 – 15 May at the Little Theatre, Southport to which all will LTG Members be welcome. Finally, Jo thanked LTG Secretary Caroline Chapman and Elaine Pratt for their incredibly hard work on the LTG Yearbook.