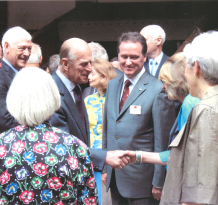 On behalf of all Members of the LTG, we are deeply saddened to learn of the death of His Royal Highness the Duke of Edinburgh. Our thoughts are with Her Majesty The Queen and the Royal Family.

Prince Philip served as the Patron of Shakespeare’s Globe, with whom LTG has a close association, for over 40 years. His support for founder Sam Wanamaker was integral to building the Globe Theatre and later, opening the Sam Wanamaker Playhouse.

LTG Chairman Jo Matthews met him on several occasions and he was always charming and interested in all that was taking place at The Globe. 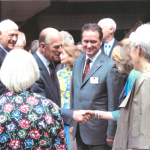