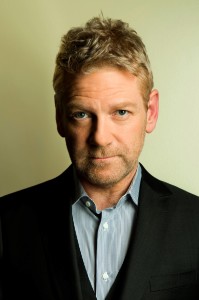 The Little Theatre Guild Of Great Britain is delighted to have Sir Kenneth Branagh as the LTG Patron.  Sir Kenneth is a celebrated actor, producer and director, and is a major figure in cinema, television and on the British Stage.  He is truly an inspiration to us all.

From Wikipedia, the free encyclopedia

Sir Kenneth Charles Branagh (/ˈbrænə/ bran-ə; born 10 December 1960)[1] is a Northern Irish actor, director, producer, and screenwriter. Branagh trained at the Royal Academy of Dramatic Art in London. He has directed or starred in several film adaptations of William Shakespeare‘s plays, including Henry V (1989) (for which he was nominated for the Academy Awards for Best Actor and Best Director), Much Ado About Nothing (1993), Othello (1995), Hamlet (1996) (for which he was nominated for the Academy Award for Best Adapted Screenplay), Love’s Labour’s Lost (2000), and As You Like It (2006).

He also narrated the BBC documentary miniseries’ Walking with Dinosaurs (starred in 1999) (as well as The Ballad of Big Al), Walking with Beasts (2001) and Walking with Monsters (2005). Branagh has been nominated for five Academy Awards, five Golden Globes, and has won three BAFTAs.and an Emmy. He was appointed a knight bachelor in the 2012 Birthday Honours and was knighted on 9 November 2012.[2]