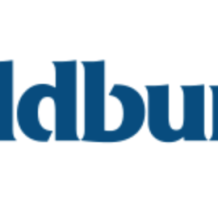 OldburyREP is Sandwell’s only purpose built theatre, providing a variety of productions which have earned it a reputation for quality and value.

The Company’s first production Tonight at 7.30 took place in 1939 at Oldbury Technical School and continued to perform plays for the local community throughout the war years. In 1944 an independent company was formed and Oldbury Repertory Players was born. As the company continued to grow the search was begun for a theatre of its own and when the Methodist Chapel and School in Spring Street (now Spring Walk), Langley went up for sale the company purchased the property for £1700 thanks to an interest free loan from the company’s then president Mr. C.T Barlow. Over the next few years the chapel was converted into a theatre and in January 1956 opened as The Barlow Playhouse.

Since then Oldbury Rep has continued to expand on the success of those early years with major additions to the original building although a fire in 1972 left parts of the theatre destroyed and smoke damaged. Undeterred the membership rebuilt the theatre and it re-opened in February 1973 with Noel Coward’s This Happy Breed. Since then the company has continued to improve its facilities and to provide live theatre for the people of Sandwell and the surrounding area.

The theatre now has its own bar, fully equipped rehearsal room/studio theatre and wardrobe block together with its 173 seat main auditorium. In addition to its commitment to live theatre the company hosts a wide range of outside companies including concerts by Langley Brass Band and Warley Male Voice Choir and has now revived cinema in the area with regular film shows at its own cinema The Screen on the Green.

In our 2013/14 Season we will be celebrating the company’s 75th Anniversary and hope to provide live theatre in a true community venue for many years to come.