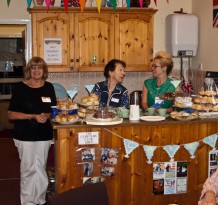 As part of their 70th anniversary celebrations Seaford Little Theatre welcomed nearly 200 visitors to their Open House Event in September.

The organiser, Dr Lori Boul said, “It was a most enjoyable and rewarding two days.  One of the most popular activities were the backstage tours and visitors seemed to particularly enjoy the round of applause they received from our sound technician when they made their entrance onto the stage.”

Helen Bell, the wardrobe mistress dressed as Mary Poppins, had great fun with children (of all ages) trying on costumes and getting their faces painted by Katie Hargreaves.  The visitors enjoyed a variety of performances by the acting members, history talks by and exhibitions.  The cream teas were served in the coffee lounge, which was beautifully decorated by Debbie and Ray Cox with photographs and programmes from past productions and props reminiscent of times past.

There was a guest appearance by Ray Brooks (the voice of Mr. Benn) and the two remaining founder members Val Shepherd and Gloria Roberts.  These two wonderful ladies, now in there 90s, started their life on stage in a World War II Concert Party and in 1945 they formed the Seaford Amateur Operatic and Dramatic Society, now the Seaford Dramatic Society.  Mary Young, chairman, said, “their passion for Seaford Little Theatre set an example that has sustain us for seven decades.” 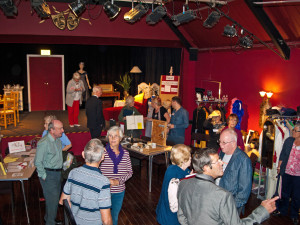 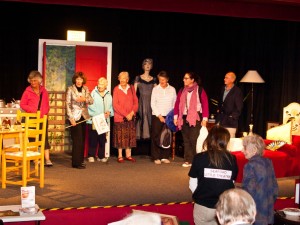 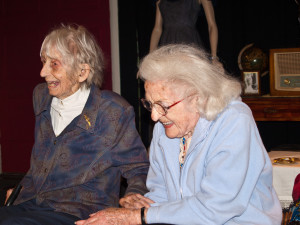